Joined 4 mo ago
·
4 Posts
Amp just broke and to replace the Bose the dealer wants $1800. After market is quoting me $850 for a Rockford. I really just want the system to sound the same but can’t pay $1800. Suggestions on a good brand replacement and anything else I need to know.
D

If it were me, I would use it as an opportunity to replace the amp with a non Bose four channel amp and also replace your four door speakers at the same time. You will lose your subwoofer going this route, but one can be added later. Find a small amp that will fit under the seat where the Bose amp was, and simply wire it up using the speaker level inputs. This will sound cleaner and less muddy than the Mazda 3 Bose system. I am not a Bose basher, as there are plenty of those around, but the system in the 3 really isn't that great to be honest.
D

Joined Jun 30, 2005
·
362 Posts
A small amp like this would fit great. You'll also need an amplifier wiring kit or pay someone to install it for you. 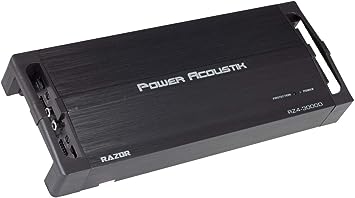 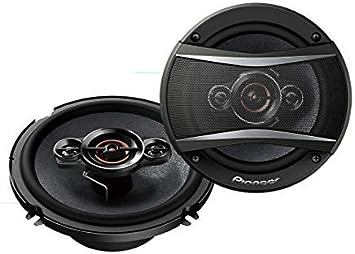 This set up will sound so much better than what you have now.
R

Joined Nov 5, 2010
·
13 Posts
You used to be able to get a free replacement direct from Bose. However, they ended that program shortly before March 2021 (when my amp crapped out and I emailed them). Apparently this model is discontinued and no longer supported.

Talk to Ed at paulisoncorpserv.com

I’m relatively local to him and was able to drop mine off one day when I happened to be in the area to save on shipping. He might have one on the shelf already that he can swap out, or the repair will only take a few days. It’s hard to beat for $125 with a lifetime warranty.

Joined 4 mo ago
·
4 Posts
Thanks, we found him online last weekend and sent it off. Fingers crossed it gets there and back!

JodiMcG said:
Thanks, we found him online last weekend and sent it off. Fingers crossed it gets there and back!
Click to expand...

Hey Jodi, did this end up working out for you? I am thinking of doing the same

Joined 4 mo ago
·
4 Posts
It did! We sent it off from CA to NJ where Paul is located per the ordering system he has. We got it back in about 2 weeks after he received. Slipped it back in and works perfectly! SO much better than the $$$$ quotes we were getting for new systems.
1 - 8 of 8 Posts
Join the discussion
Continue with Facebook
Continue with Google
or sign up with email
About this Discussion
7 Replies
4 Participants
Last post:
JodiMcG 2 mo ago
Mazda3 Forums
A forum community dedicated to Mazda 3 and all Mazda vehicle owners and enthusiasts. Come join the discussion about MazdaSpeed performance, modifications, classifieds, troubleshooting, maintenance, and more!
Full Forum Listing
Explore Our Forums
Multimedia / Build Threads Northeast For Sale | M3F Mazda3 (Axela) Wheels / Tires
Recommended Communities